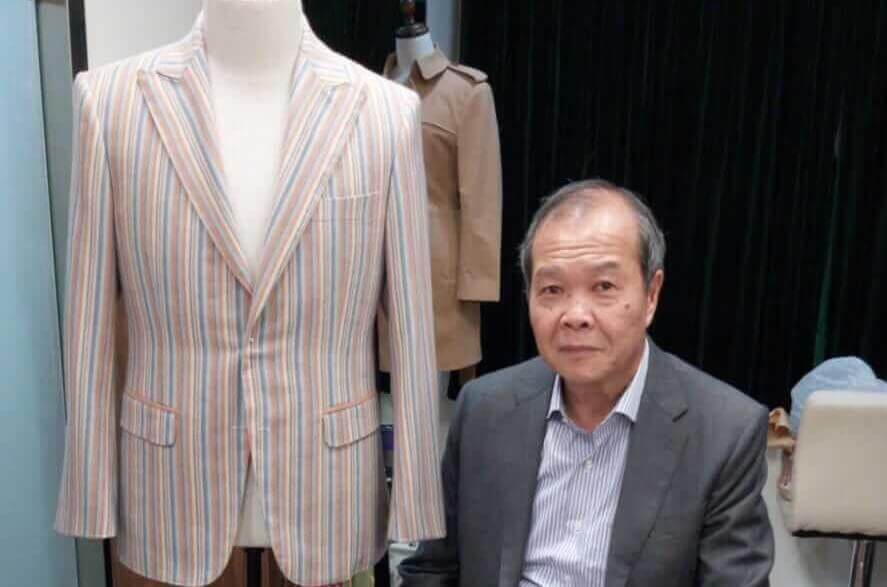 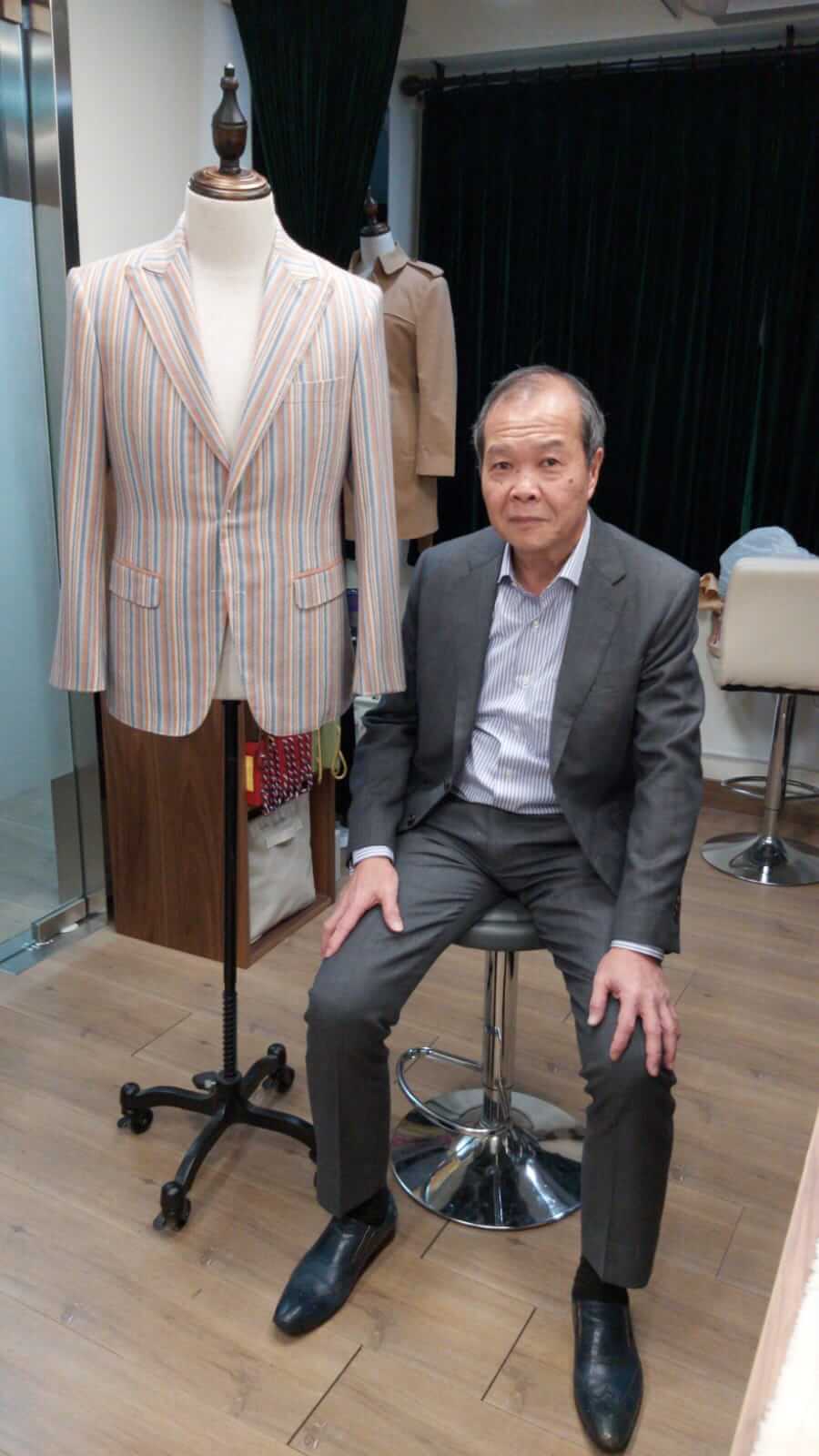 Half a Century of Persistence — Master Tsang

“Without passion and perseverance, it is impossible to continue the trade using traditional craftsmanship for half a century. Not to mention to take on new apprentices…”

This is what Master Tsang said during an hour long conversation.

In 1966, Master Tsang, who was around 12 to 13 years old, began his apprenticeship in Thumb Thimble, the tailor shop founded by his father and uncle. He went straight to the shop after school and started sewing double piping pocket and sleeves in the early days. Back the, he just wanted to help out his old man. Never would he though that’s going to be his life for the next 50 years.

When Master Tsang joined tailoring, it was the heyday of the industry as ready-to-wear clothing was not yet popular back in 60’s and 70’s. There was a strong demand for tailored suits. Amid the intense competition, each tailor shop strived to stand out with suits of higher quality and better craftsmanship. During this period, Thumb Thimble produced 700 to 800 full canvas suits annually., It was how Master Tsang honed his skills and grew from an apprentice to a master. 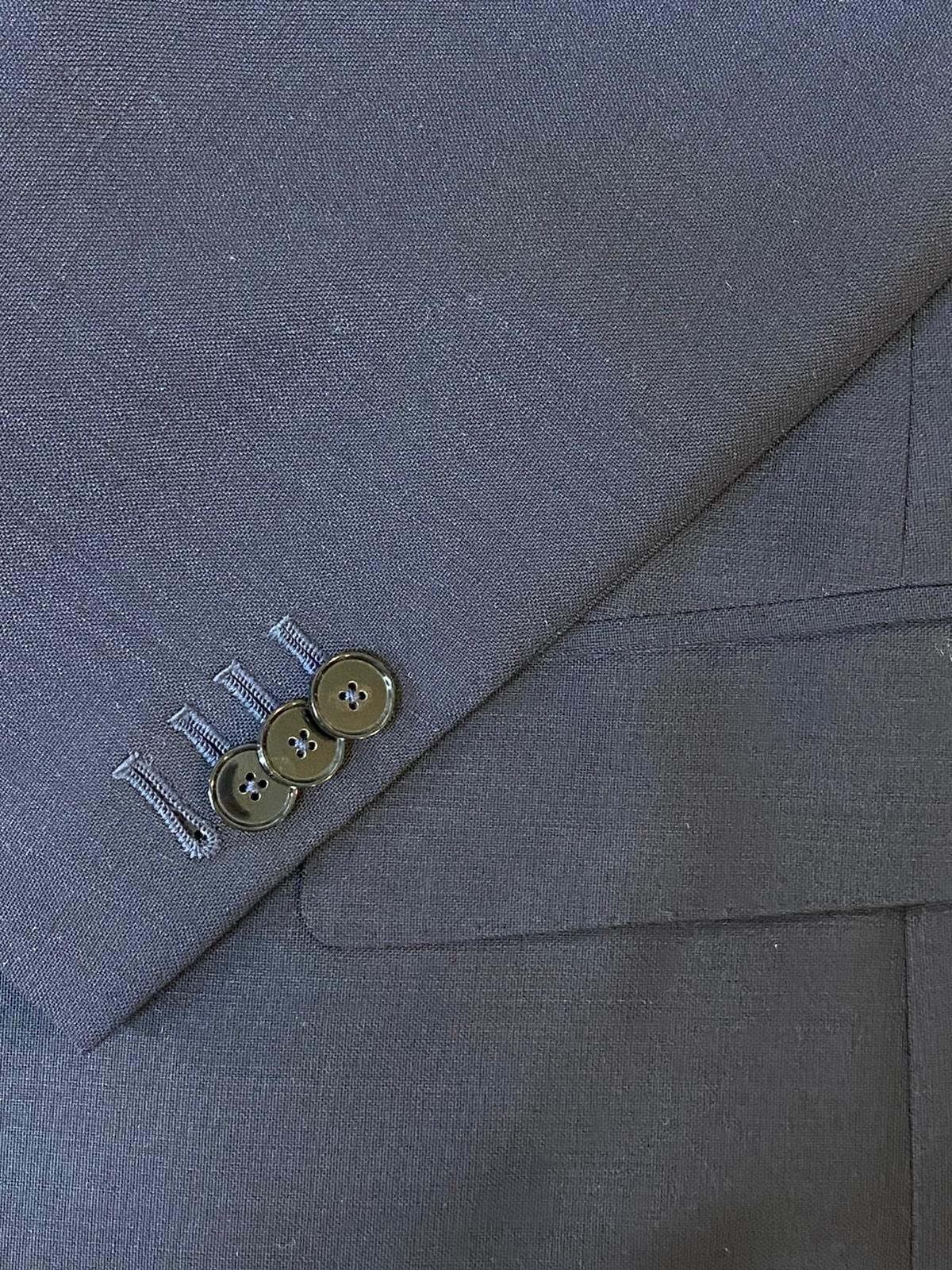 Real buttonholes crafted on every suit

A Lifelong dedication towards Tailoring

Since the 1980s, mass production of ready-to-wear garment took off. Bespoke tailoring become peripheral in the fashion and clothing market. This coupled with the competitive labour cost in mainland China so many Hong Kong tailors relocated their production sites there. Master Tsang and Thumb Thimble went against the tide and insisted on in-house production. Master Tsang believes a tailor’s own production makes the difference and this is how to ensure quality.

After the founders retired, Master Tsang was the only member of the house and he relocated Thumb Thimble to Pak Tin in Shek Kip Mei. He continued tailoring from taking measurements, pattern development, basting, pad stitching, saddle stitching, etc. He carries on with the same craftsmanship singly for another 26 years. 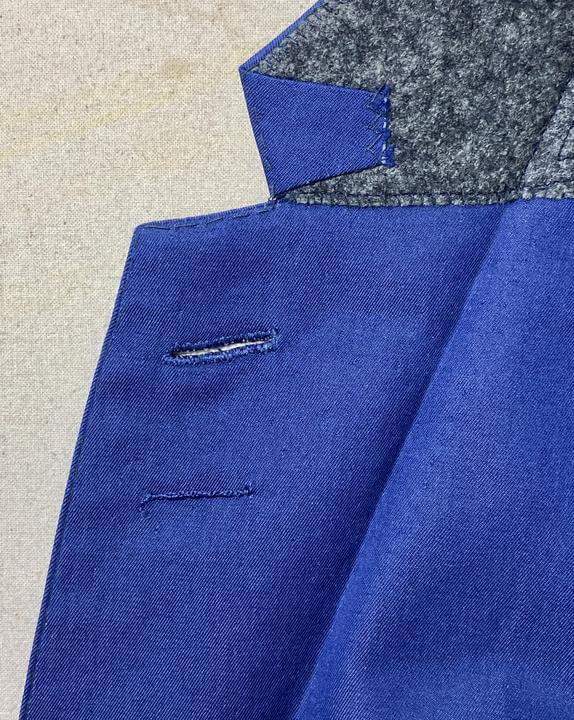 In 2019, Thumb Thimble moved to Wellington Street in Central, The shop remains a workshop ask in 1958. Two new apprentices, Eric and Shirley join Master Tsang and they operate in the traditional tailor model. Eric and Shirley are responsible for serving clients and making clothes., Master Tsang will take the measurements, draft the pattern, sew oversee the whole tailoring process,

Whether it was in Yen Chow Street, Pak Tin, or Central, the three generations possess the same belief that tailoring is not going to be obsolete.

“We insist on making full canvas suits. They are handcrafted on-site. We do not outsource. When a piece of fabric arrives in the shop, it becomes a tailored suit right here,” says Master Tsang. 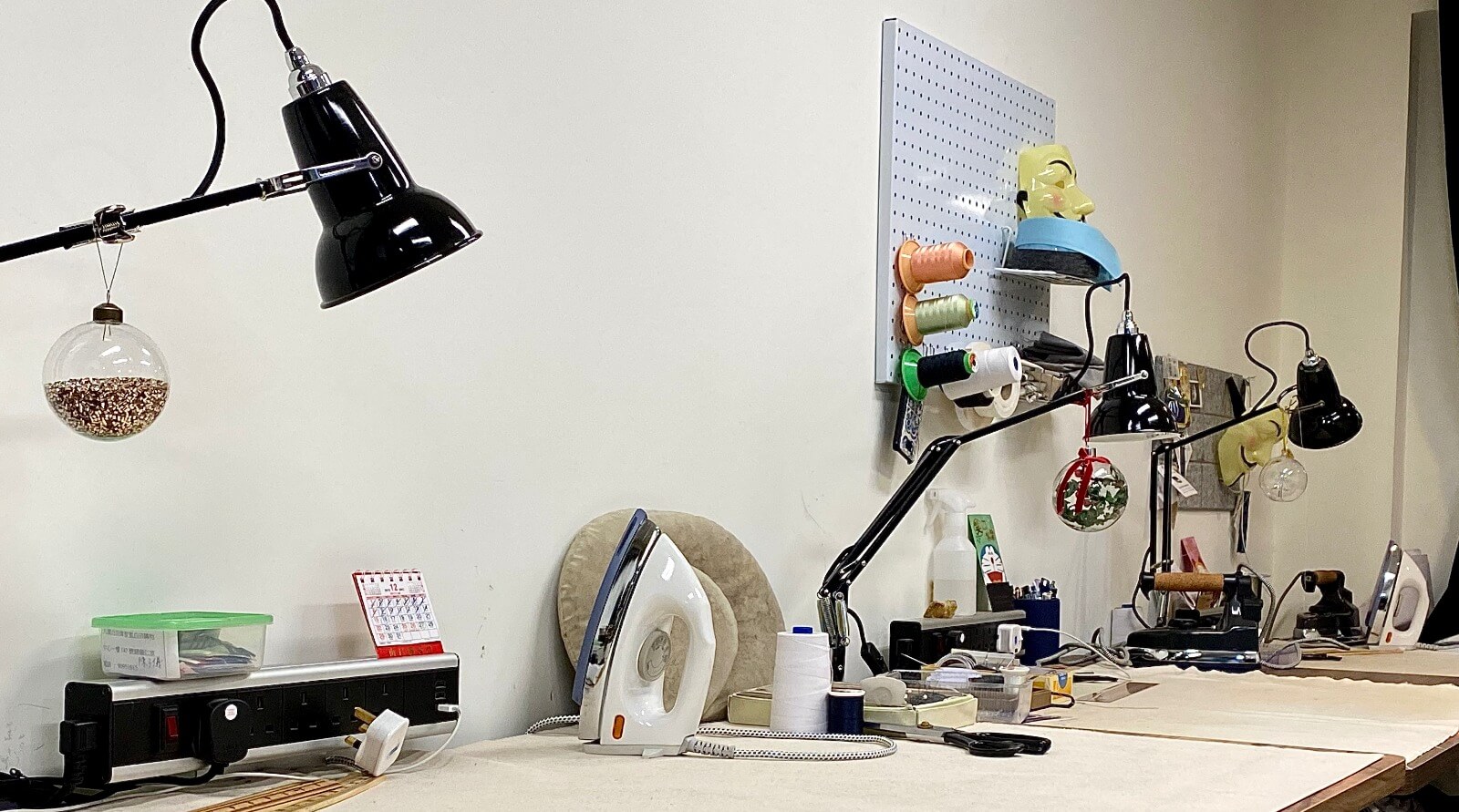 No outsourcing, all suits are produced right here in Central

Thumb Thimble insists on full canvas suits using quality fabric. It is probably one of the handful Hong Kong tailors that do not outsource production and sew their garment on-site. 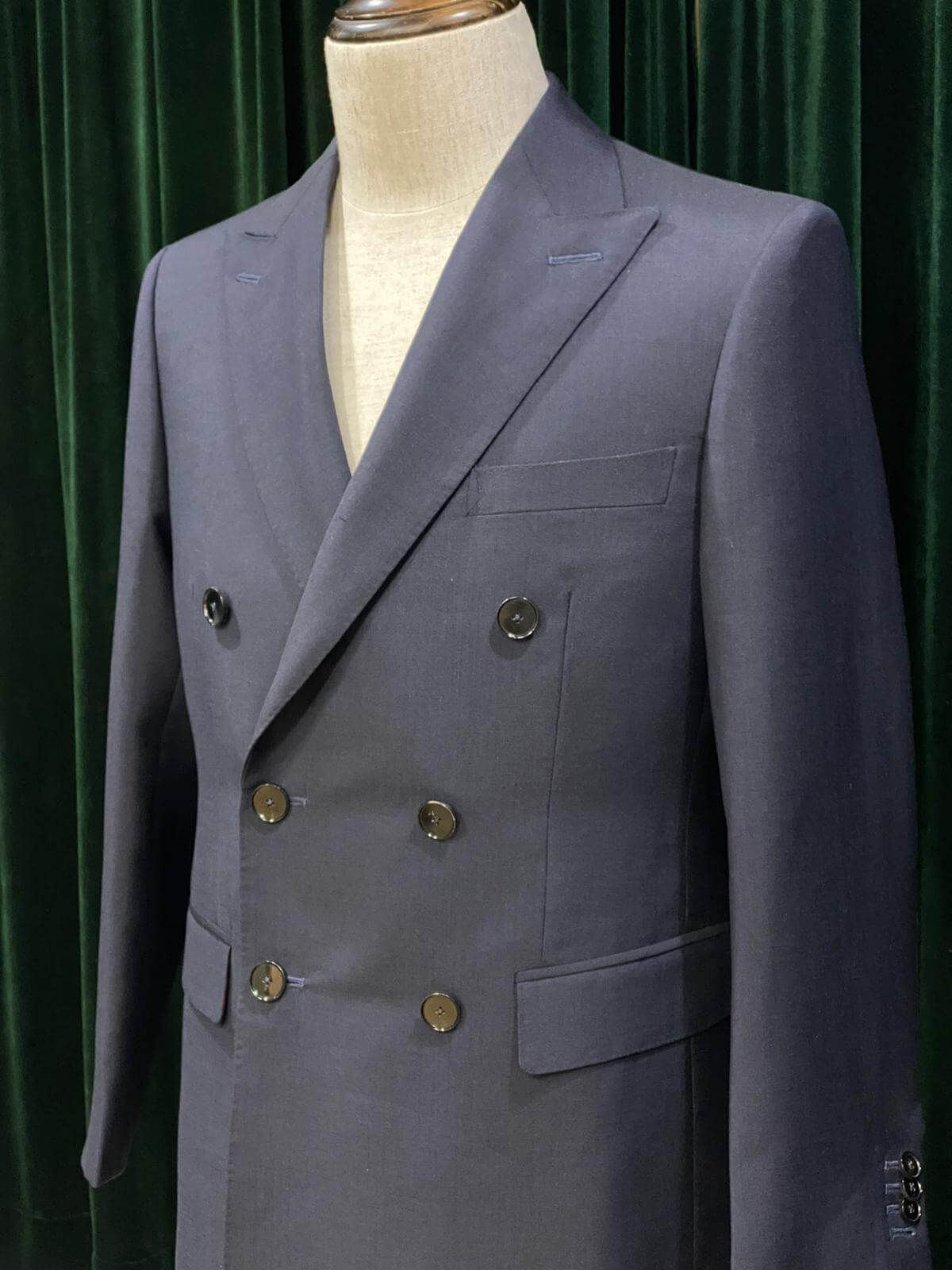